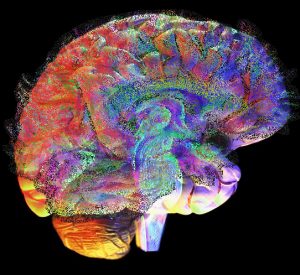 An estimated 6 million Americans are living with Alzheimer’s Disease (AD) and dementia in 2018. This number includes an estimated 6 million people age 65 and older and approximately 200,000 individuals under age 65 who have younger-onset Alzheimer’s.  As the size and proportion of the U.S. population age 65 and older continue to increase, the number of Americans with AD or other dementias will grow.  Data suggest that in the tristate area alone more than a million people will be suffering from AD by the year 2025, an increase of more than 15% from 2018.  A recent report from the National Center for Health Statistics shows that the rate of Americans who died from dementia has more than doubled from 30.5 deaths per 100,000 people in 2000 to 66.7 in 2017. The costs associate with caring for patients with AD and Dementia are very high. In 2017, the cost of care was valued at more than $230 billion. The total lifetime cost of care for someone with dementia was estimated at over $300,000 in 2017 dollars. Despite the staggering physical, emotional and financial costs, there are no viable treatments to prevent AD or alleviate it multiple symptoms.  This is not from lack of trying; since it is description in 1906 by Dr. Alois Alzheimer, the research into treatments for Alzheimer’s has suffered numerous setbacks. For example, between 1998 and 2017, 146 candidate medicines were unsuccessful in clinical trials for Alzheimer’s.  In the same timeframe, just four received U.S. Food and Drug Administration approval. Moreover, these approved medicines treat only symptoms and are unable to slow the disease’s progression. Report from Alzheimer's Association provides more details (Click to get the PDF).

The Challenge-  Why has it been so difficult to develop new treatments for AD and dementia? Several factors make the diseases uniquely challenging to research and treat:

The Vision- The ultimate goals of RUADRC are:

To achieve the above goals, research at RUADRC focuses on identifying disease mechanisms using genetic, cellular, organismal and behavioral approaches in animal and human model systems. Understanding of disease mechanisms will help uncover pathways that need to be targeted by drugs to achieve therapeutic efficacy. Development of relevant in vitro and in vivo models will be important for pre-clinical evaluation of novel drugs. A dementia clinic for patient recruitment, assessment and treatment will also be needed for translating research to clinic.

To fulfill the vision, RUADRC will have three components: