Hannah Bowrey, PhD
My overarching research focus is investigating the photic regulation of neuropsychological disorders. Presently, I am investigating the role of the locus coeruleus in light deprivation-induced depressive-like behavior. To do this I am combining behavioral tasks, traditional anatomical tracing techniques and chemogenetic approaches.

Amy Kohtz, PhD
Dr. Amy Kohtz earned her B.A. in Psychology and her Ph.D. in Behavioral Neuroscience from the State University of New York at Albany where she studied sex differences in reward behaviors under the guidance of Dr. Cheryl Frye. She completed her Ph.D. in molecular
mechanisms of learning and memory under the guidance of Dr. Cristina Alberini at New York University. She is currently a postdoctoral fellow at the Rutgers University Brain Health Institute working in the lab of Dr. Gary Aston-Jones. Her research interests include sex differences in drug-seeking, the role of hippocampus monoamines in drug addiction, and the effects of oxytocin on early abstinence. In her spare time she enjoys playing with her dog, video games, and cooking.

Jennifer Catuzzi Fragale, PhD
Jennifer earned a B.S. in Molecular Biology at Montclair State University and a PhD in Neuroscience at Rutgers University where she studied the role of cognitive flexibility and motivation in the development of anxiety disorders under the guidance of Dr. Kevin Beck and Dr. Kevin Pang. She is currently a postdoctoral fellow at Rutgers University Brain Health Institute working in the lab of Dr. Gary Aston-Jones. Her research focuses on the role of orexin in opioid addition. 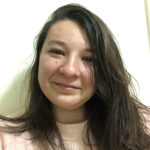 Sarah Delcourte, PhD
Sarah obtained her Ph.D. in Neuroscience in Université Lyon 1, France where she studied the mechanisms of action of light therapy in depressive disorder. She is currently a postdoctoral fellow at Rutgers University Brain Health Institute working in the lab of Dr. Gary Aston-Jones. Sarah’s research focuses on the photic regulation of depressive disorder using stress animal model of depression, chemogenetic, behavior and immunochemistry. 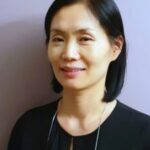 Chuhyon Corwin, PhD
Chuhyon Corwin earned her Ph.D. in neuroscience from The Graduate Center, City University of New York (CUNY), where she studied chronic neuroinflammation in neurodegeneration under the guidance of her mentors, Dr. Figueiredo-Pereira at CUNY and Dr. John Babich at Weill Cornell Medical College. She joined Dr. Gary Aston-Jones’s lab as a postdoctoral fellow for the research of the brain circuits implicated in addictive disorders, which can also provide insights into the mechanism of neurodegeneration in response to toxins and in the neuroinflammation process. Her research focuses on the effect of modulation of the locus coeruleus and its associated arousal system, as it may be highly relevant to the treatment of addictive disorders. 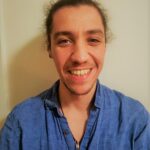 David Desanogueira, PhD
David earned his B.S. in Cognitive Neuroscience and Ph.D. in Molecular Biology and Behavioral Neuroscience at Strasbourg University (France) where he studied the neuroadaptations of the endocannabinoid system induced by voluntary cocaine or sugar intake under the guidance of Dr. Katia Befort. David is currently a postdoctoral fellow at Rutgers University Brain Health Institute working in the lab of Dr. Gary Aston-Jones. His research focuses on the role of orexin in sucrose bingeing and the epigenetic modifications of the orexin system. 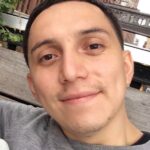 Jorge Andres Avila, PhD
Jorge earned his BS in Psychology at Penn State University and his PhD in Behavioral Neuroscience at Hunter College through the City University of New York. His doctoral research was focused on the effects of oral methamphetamine on hippocampal-dependent cognition and neurochemistry in a mouse model of drug abuse. Jorge’s training includes work examining changes in hippocampal morphological plasticity, changes in expression of synaptic-plasticity proteins, changes in markers of neuroinflammation, and much more. He has also worked with animal models of neurodegenerative diseases, such as Alzheimer’s and Huntington’s diseases, during his time in the biopharmaceutical industry. He is currently working as a postdoctoral fellow in the lab of Dr. Gary Aston-Jones, where he is focused on signaling pathways that promote orexin system plasticity in rat models of cocaine addiction. With the support of Dr. Aston-Jones and the INSPIRE program (NIH K12) at Rutgers, Jorge’s goals are to develop new lines of research focused on the cognitive deficits associated with substance use disorders.

Mark A Presker Jr., MA
Mark is a PhD student in the Aston-Jones Lab where his research focuses on the locus coeruleus and its role in modulating attention and sensation. His current studies combine electrophysiology and chemogenetics to monitor and alter the activity of the locus coeruleus in animals exposed to drugs of abuse such as cocaine and morphine in order to understand its contribution to addiction related behaviors. He was recently awarded an NRSA from NIDA to support this research titled “Stimulus control of attention in cocaine addiction: role of locus coeruleus.” He received my Master of Arts from the Department of Psychology at UNC Chapel hill where he investigated the role of endocannabinoid receptors in the reconsolidation of cocaine-associated contextual memories. In the future, he hopes to pursue questions relating to attention systems in the brain and how these systems are altered in conditions such as drug addiction and attention deficit and hyperactivity disorder. 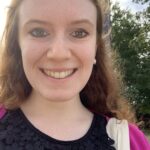 Kimberly Newman (Grad student)
Kimberly earned her BA in Neurobiology from the University of Pennsylvania. She is currently a PhD student in the Neuroscience Graduate Program at Rutgers. In the Aston-Jones lab, she is focusing on the role of the orexin system in mediating motivation for opioids. 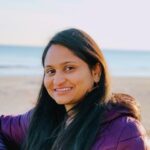 Nupur Jain
Nupur is the manager of Dr. Gary Aston-Jones lab. She received her Bachelor's degree  in Biology from Rutgers University, Newark. After graduation, she worked in the labs of Dr. James Tepper and Dr. Elizabeth Abercrombie at the Center for Molecular & Behavioral Neuroscience, Rutgers, Newark, where she studied basal ganglia circuits to better understand the circuits and firing patterns involved in Parkinson's and Huntington's disease. 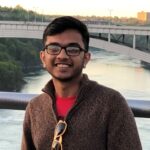 Yogesh Rakholia (Research Assistant)
Yogesh earned his B.S. in Biology at The College of New Jersey where he studied the molecular mechanisms underlying the process of oogenesis in fruit flies under the guidance of Dr. Amanda Norvell. He is currently a research assistant for Dr. Jorge A. Avila and Dr. Chuhyon Corwin at the Rutgers University Brain Health Institute where he is investigating brain addition circuitry. He hopes to attend medical school to pursue a career in surgery and continue his passion for research in the field of neuroscience.