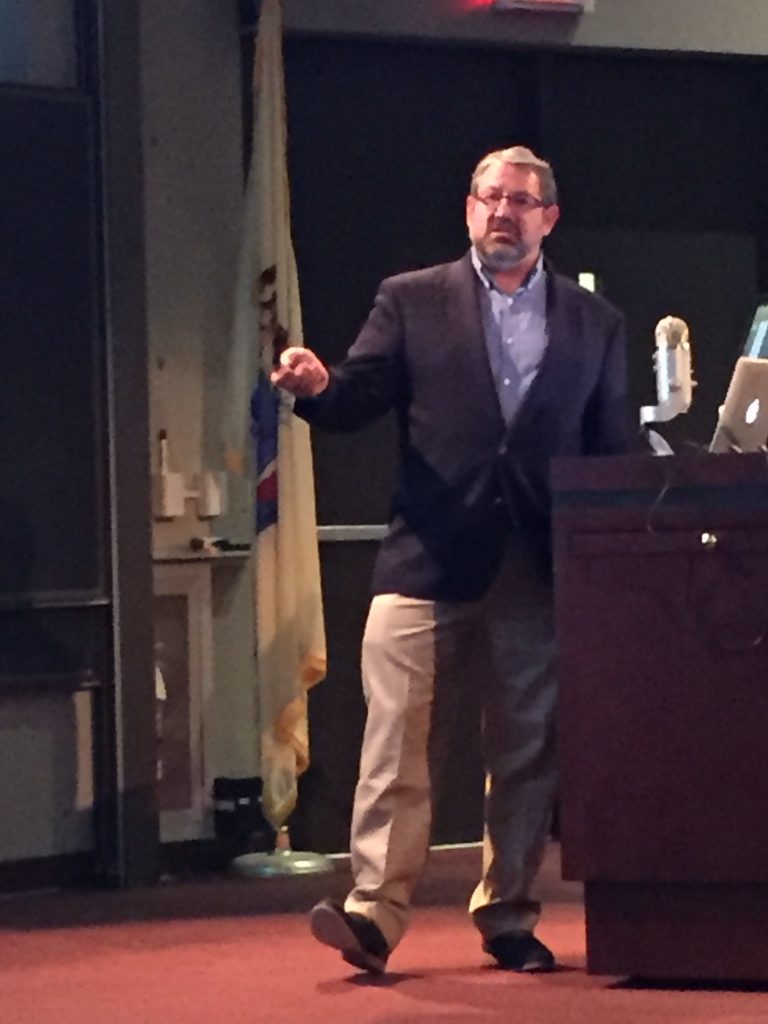 More than 100 faculty, post-doc, students and staff from Rutgers, Kessler & Princeton attended the 2017 Charlotte & Murray Strongwater Endowed Lecture. BHI was also honored that Amy & Steven Temares, the donors who established the Endowed Chair attended the event. The lecture was held in the Main Auditorium of the Daniel Kessler Teaching labs in Piscataway.  Dr. Joshua Gordon, Director of the National Institute of Mental Health gave a very interesting lecture on "On Being a Circuit Psychiatrist". The lecture was live broadcast to NJMS, CMBN (RU-newark), RU-Camden,VA Research Center, East Orange, Kessler Research Institute, West Orange and Princeton University. 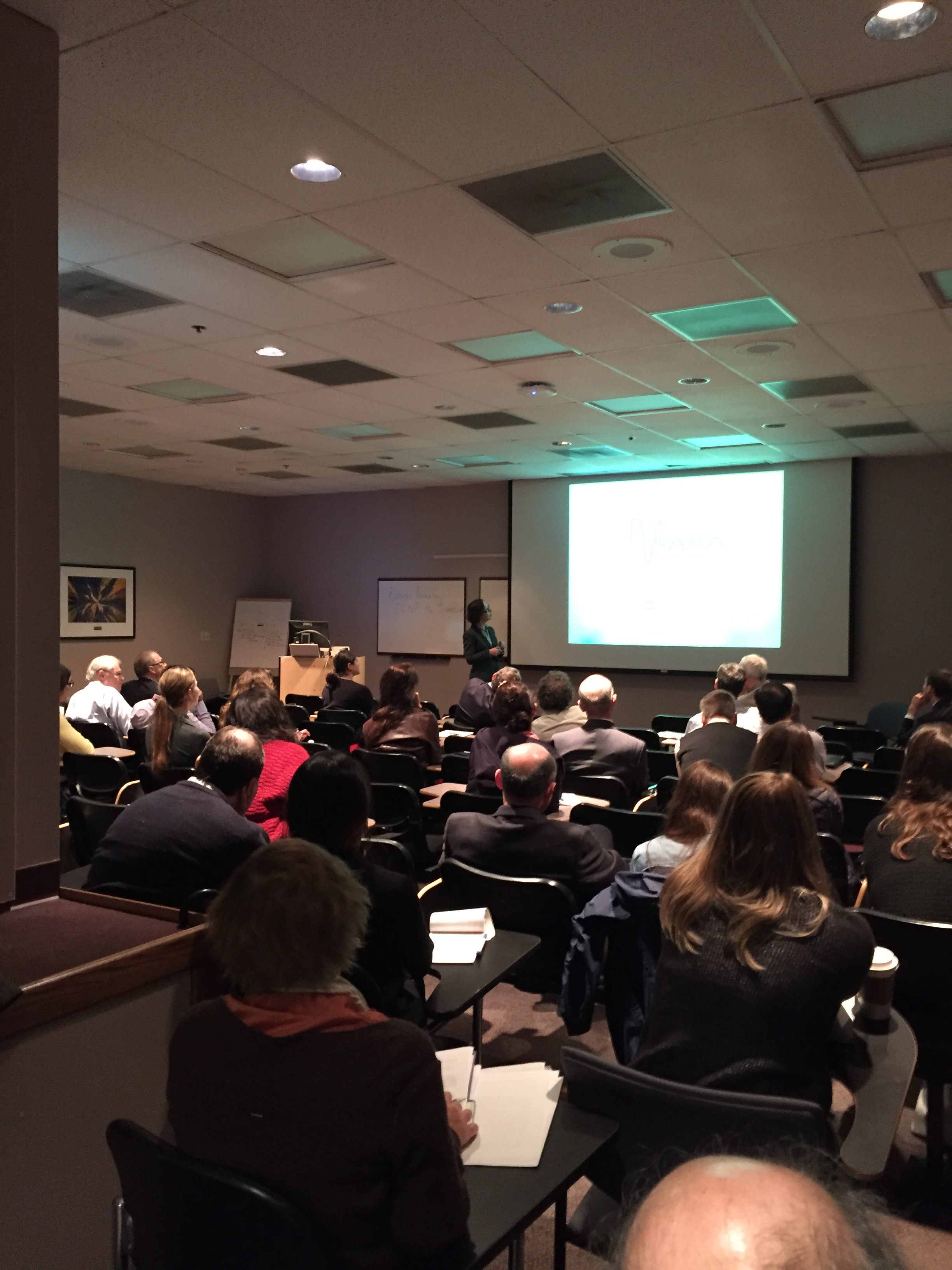 The Rutgers-Princeton CCNP Inaugural Mini-Symposium was held on May 5th, 2017

More than 40 faculty, post-doc, students and staff from Rutgers & Princeton attended the CCNP Inaugural Mini-Symposium held in the Research Tower on Busch campus. BHI was also honored that the symposium was attended by Steven Temares, the donor who established the Strongwater Endowed Chair, as well as Dr. Joshua Gordon, the Director of NIMH. Drs. Steve Silverstein and Molly Erickson (from Rutgers) and Nathaniel Daw and Yael Niv (from Princeton) gave very interesting talks that engendered very good discussions.

Our nation is in the midst of an unprecedented opioid epidemic. More people died from drug overdoses in 2014 than in any year on record, and the majority of drug overdose deaths (more than six out of ten) involved an opioid. Since 1999, the rate of overdose deaths involving opioids—including prescription opioid pain relievers and heroin—nearly quadrupled, and over 165,000 people have died from prescription opioid overdoses. Prescription pain medication deaths remain far too high, and in 2014, the most recent year on record, there was a sharp increase in heroin-involved deaths and an increase in deaths involving synthetic opioids such as fentanyl.

Heroin deaths in New Jersey are up 160 percent since 2010, with more than 1,200 overdose-related deaths last year alone which is 3-times the national average. In 2015, more than 28,000 New Jerseyans sought treatment for heroin or opioid abuse, significantly outpacing previous year’s figures. The heroin death rate in five counties – Camden, Ocean, Cape May, Union, and Middlesex – significantly exceeds the number of treatment beds available per 100,000 people.

The Rutgers Addiction Research Center (ARC) will build collaborations among scientists with the multidisciplinary expertise required to advance our understanding of the causes of opioid addiction. Housed within the Rutgers Brain Health Institute, ARC will be composed of faculty across all Rutgers schools and campuses with expertise in addiction prevention, research, treatment, education, and public policy, especially including Robert Wood Johnson Medical School (RWJMS), New Jersey Medical School (NJMS), School of Arts and Sciences, Center for Alcohol Studies, Center for Tobacco Studies, School of Public Health, School of Social Work, School of Nursing, University Behavioral Health Care, School of Pharmacy, and the Institute for Health, Health Care Policy and Aging Research. ARC will be the only comprehensive addiction center in NJ with the capacity to impact the addiction epidemic through the diverse strengths of its members by integrating the following cutting edge approaches:

The BHI-RUN-NJIT Pilot Grants in Neuroscience launched in 2015 is a multi-institutional funding program that provides pilot funding to foster basic and translational collaborative research between neuroscientists at Rutgers Biomedical and Health Sciences, Rutgers New Brunswick, Rutgers Newark, and NJIT.  This 1-year pilot grant mechanism encourages cross-disciplinary collaborations by requiring that projects be directed by two or more principal investigators from different Rutgers schools.  Over the past two years the pilot program has funded 18 grants totaling $720,000. The goal of the funding program is to provide seed funding for new collaborative research projects to generate preliminary data necessary for extramural applications to federal, state and private funding agencies.  The outcome data show that the 2015 pilot awardees have so far received nine extramural grant awards totaling $5.4 million.

In 2017, collaborative teams from across Rutgers and NJIT submitted 19 applications that were reviewed by an external scientific review committee and an internal programmatic review committee. Eight $40,000 awards were made to teams from all Schools.  More information and abstracts of projects that were awarded pilot funds are available at- http://brainhealthinstitute.rutgers.edu/funding-opportunities/intramural-funding/.

To strengthen neuroscience at Rutgers, BHI is currently in the midst of recruiting new faculty in each of the four focus areas. The recruitments include-

Several highly qualified candidates are visiting Rutgers this Fall & Winter for these positions.

The Board of Governors today awarded the Krieger Klein Endowed Chair in Alzheimer’s Disease and Neurodegeneration Research to Luciano D’Adamio, a professor of pharmacology, physiology, neuroscience and neurology at Rutgers New Jersey Medical School.

Internationally recognized as a leader in the field of Alzheimer’s disease research, D’Adamio, who has been involved in this research for the past two decades, is recognized for identifying key molecular mechanisms of age-related neurodegeneration in Alzheimer’s disease. He will lead the newly formed Alzheimer’s Disease Research Center, which will bring together current faculty and new recruits to focus on basic and translational research.

“We thank the Klein family for supporting this endowment, which will stimulate growth in neuroscience and enhance the reputation of Rutgers as a center for Alzheimer’s research in coming years,” said Andrew P. Thomas, senior associate dean, School of Graduate Studies, and professor and chair of pharmacology, physiology and neuroscience at NJMS.
D’Adamio, who came to Rutgers from the Albert Einstein Cancer Center in New York, has published more than 90 peer-reviewed articles in prestigious scientific journals and has received numerous awards, including the 2001 Alzheimer Award from the Journal of Alzheimer’s Disease and the 2011 Zenith Award from the Alzheimer’s Association.

More than 5 million Americans are currently living with Alzheimer’s disease; the number is expected to rise to 14 million by 2050. It is the sixth leading cause of death in the United States.
“It is a massive burden on the individuals and families who give care to those with the disease and a huge financial drain on our health care system,” said Thomas. “We believe that Dr. D’Adamio will bring forward innovative new approaches to understand and ultimately treat this devastating disease.”