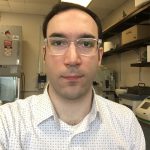 Marc Tambini, MD PhD.  I am a postdoctoral scientist in the lab of Dr. D'Adamio, whose focus in on the etiology of Alzheimer's disease.  My current research interests include understanding the normal function of the Amyloid Precursor Protein, the role of Bri2 at the synapse, and the generation of new rodent models of AD.  My previous doctoral work investigated the contribution of the sporadic AD gene APOE in the upregulated contact between ER and mitochondria.

Wen Yao, MD. I received a MD from Nanjing Medical University in China in 2011. I am working with Dr. D’Adamio as a postdoc to study physiological and pathological roles that Amyloid Precursor Protein plays in synaptic transmission. I use in vitro whole cell recording in Alzheimer’s disease transgenic model mice and rats. 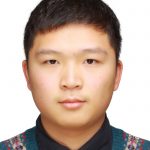 Tao Yin. I am a graduate student with Dr. Luciano D'Adamio and interested in molecular mechanism of amyloid precursor protein processing and its associated regulation. I received my undergraduate degree in bioengineering in China and M.S degree in biochemistry in Georgetown university. Prior to joining the PhD program, I assisted Dr. Kathleen Maguire-Zeiss to investigate matrix metallopeptidase function in HIV Associated Neurocognitive Disorders. 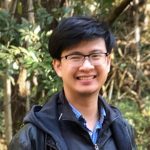 Hoa Pham. Hoa is an M.D./Ph.D. student at the Rutgers New Jersey Medical School who joined Dr. Luciano D’Adamio’s lab in May 2018. He received his B.A. in biochemistry and mathematics from Columbia University, where he studied interactions between coat proteins of Saccharomyces cerevisiae ER-to-Golgi transport vesicles in Dr. Elizabeth Miller's lab. Before the Ph.D. phase of his program, he spent a year doing research in computational neuroscience with Dr. Horacio G. Rotstein at NJIT, examining the variability in response of a medial entorhinal cortex cell model to time-dependent inputs. Hoa has also distinguished himself as a concert pianist, performing at numerous venues as a soloist and chamber musician, including Carnegie’s Weill Recital Hall and Steinway Hall.