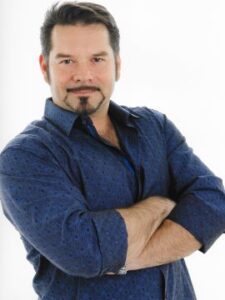 Stan B. Floresco, PhD
Professor of Psychology and an Investigator at the Djavad Mowafaghian Centre for Brain Health
University of British Columbia, Vancouver, Canada

Dr. Floresco received his BSc, MA and PhD from University of British Columbia. He completed his postdoctoral training at the University of Pittsburgh and then became a faculty in the Department of Psychology at University of British Columbia. Dr. Floresco’s research focuses on neural circuits that facilitate different forms of learning, cognition and executive functioning. Using rodents as a model system, his work has a particular emphasis on interactions between the different brain regions that facilitate cognitive processes, including behavioral flexibility, cost-benefit decision making and reward-related learning. His research integrates traditional psychopharmacological, in-vivo neurophysiological and neurochemical techniques along with newer optogenetic and chemogenetic manipulations to elucidate the interactions between the prefrontal cortex and its key subcortical targets. Dysfunction in these systems has been implicated in a variety of disorders, including schizophrenia, depression and drug addiction. Dr. Floresco’s work attempts to model how the normal brain solves certain types of problems, and then use this information to clarify the mechanisms that may underlie the impairments in cognitive and emotional functioning associated with these disorders. Dr. Floresco has published over 125 peer-reviewed articles with >17,000 citations (H-index of 68) and has won numerous teaching and research awards, including the 2019 ACNP Efron Award for outstanding basic research. He is an Associate Editor of leading neuroscience journals including, Psychopharmacology, Brain Research, Neuropsychopharmacology, Cognitive, Affective and Behavioral Neuroscience and on the editorial boards of prestigious journals in neuroscience.